Minibeasts to look for in December — Spider

Spiders can be found virtually anywhere and everywhere, even in our houses!

In Britain we have about 660 species of spider (of which 280 are the tiny money spiders).They are often mistaken for insects, but belong to a different group called arachnids. The main differences between the two groups are the number of legs, body parts and eyes. Spiders have eight legs rather than six, two body parts rather than three and six or more (usually eight) eyes compared with two eyes in insects.

British spiders catch live prey and all produce silk (for a variety of jobs) but not all use it to catch food. Some spider families such as the wolf spiders and the jumping spiders use their amazing eyesight to spot prey which they then chase and overpower or ambush them. However, most spiders produce some kind of web to catch their prey. The most recognisable web is the one made by Garden Spider (Araneus diademetus). They use sticky silk to hold the prey long enough for the spider to strike, while other webs are not sticky and are instead designed to tangle up the prey's legs.


← OTHER THINGS TO LOOK FOR THIS MONTH 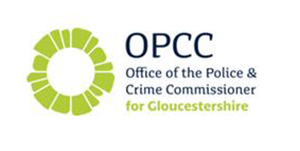